This article was published on TravelAwaits.com.

When my son was backpacking in Europe, he’d text me before pulling into the next city. Could I find him some cheap or preferably free things to do? I enjoy helping my kids, but sometimes the hours of research were an imposition. But as he moved between cities, my task became easier. Patterns emerged of cheap or free things that exist in most places. Recognizing these patterns was useful when I began researching my grand tour the following year.

In writing this piece, I did ask my son (now 25) if he had any tips to share based on his extensive travels. “My very best tip,” he said, “is to ask your mom to do the research. It works every time!”

So here’s a checklist for the next time you find yourself approaching an expensive city and are wondering where to go for advice.

Greeter services can now be found in 140 cities worldwide. I find them to be a great way to orient myself in a new city and to meet friendly locals. In the United States, they operate in New York, Chicago, Denver, and Houston. Ever since 1992, when Lynn Brooks started Big Apple Greeter, locals have been taking tourists on personalized tours to show off their beautiful home cities. If you’re interested in one of these tours, be sure to book ahead. The tours are free, and no tipping is allowed.

San Francisco City Guides is a similar service. Locals who are passionate about their city but also knowledgeable in certain areas such as the arts, architecture, or social history take tourists on walking tours. Started in 1978, the group now offers 80 tours. I took two excellent tours with them, one on the city’s architecture and another on Hitchcock’s film locations. There is a suggested donation when booking.

Self-guided walks are good options for those who prefer social distancing or walking at their own pace. Pick up a map from the local visitor center or download an app where a guide’s voice will help you find your way. Rick Steves’s free audio tours of European destinations are great. If you’re in London, try the London Walks, and Geotouristoffers free tours worldwide.

3. Check Out The Street Art

Street art is art by the people, for the people, and it’s usually free to explore. Take the Banksy Walking Tour in Bristol, where Banksy was born in 1974 and has since left his trail. Melbourne has some of the best urban art in the world, but it’s tucked away in city alleyways, so it’s best to take a free tour. Brussels has the Comic Book Route, starring Tintin, Asterix, and company. Maps are available here and here. The Street Art Cities app can help you find notable street art worldwide.

This is a worldwide phenomenon. If you spot a large group, follow that flag! These are advertised as free, but tipping is expected. There is a business model. Some guides pay a proportion of their tips (around 3 euros per person) to a parent company. These tours are good for orienting yourself in a new city and for meeting other travelers. Some popular free tour companies are Free Tours by Foot, Price of Travel, and Freetour.com.

Some countries believe that cultural attractions should be free to all. This is the case in the United Kingdom. In London, the British Museum, the National Portrait Gallery, the V&A, and the Tate Modern are all free. And in Birmingham, the Birmingham Museum & Art Gallery offers free access to one of the largest Pre-Raphaelite collections in the world. There are also many wonderful free museums in Glasgow and Edinburgh.

In Washington, D.C., you could spend a fortnight visiting the Smithsonian, with its museums, galleries, and zoo. All are free to enter. There are numerous free museums in New York City and Philadelphia as well.

Other popular attractions, such as the Rodin Museum in Paris and the Colosseum in Rome, offer free entry one day of the month.

City markets are places where locals have met through the generations. They are fascinating and affordable places for travelers to visit to taste fresh local produce and learn more about a community. I loved watching the fishmongers and their flying fish at the Pike Place Marketin Seattle. At the Queen Victoria Market in Melbourne, you’ll learn so much about Australia’s Greek, Italian, Lebanese, and Asian influences. At Italy’s many local markets, you can try plenty of samples of cheese and salami. When at a market, do what the locals do: Stock up. You can also buy food for a picnic in the park.

7. Head To The Parks

Speaking of parks, imagine visiting New York and missing out on Central Park, or London and missing out on Hyde Park, or the Netherlands and missing out on Keukenhof. Parks are free to visit and great places to see locals out enjoying themselves (especially in the English Garden in Munich, where sunbathing in the nude is not uncommon). I have fond memories of visiting a park in Chengdu, China, and watching the residents practicing their tai chi, sipping tea over games of mahjong, and mindfully watching the golden carp twirling through the water lilies.

Outdoor sculpture parks provide free art in nature. I enjoyed the Olympic Sculpture Park overlooking the Space Needle and the Puget Sound. You’ll find free tours and a beach to enjoy in Seattle’s largest green space. Socrates Sculpture Park in New York grew from a landfill site to an art venue, summer outdoor cinema, and farmers market. The Ekeberg Sculpture Park, located just outside Oslo’s city center, gives visitors the opportunity to wander past works by Louise Bourgeois and Salvador Dali in a woodland setting with sweeping views of the Norwegian capital.

9. Look Into A City’s Most Famous Landmarks

Seeing a city’s most famous landmarks helps you better appreciate that destination. In Europe, there are thousands of these, and many are costly. The trick is to tick off the free ones first. In Rome, visit the Parthenon, the Trevi Fountain, and the Spanish Steps (all free) before heading to the more expensive attractions.

In Paris, Montmartre’s Sacre-Coeur Basilica and the Arc de Triomphe are free to see (unless you wish to pay to climb up inside for the views). But Paris has many free views, too, such as the roof balcony of Printemps, a luxury department store. On my first visit to Paris, I paid to climb the Eiffel Tower. It took around 30 to 45 minutes to reach the second floor, and rather than seeing Paris at my feet, I saw fog. My most vivid memory of the Eiffel Tower was the moment when 20,000 lights illuminated the world-famous landmark. This was during a free sighting from the Trocadero Gardens opposite the Eiffel Tower on the other bank of the Seine.

10. Walk Across The Bridges

Walk across the Brooklyn Bridge for amazing views of New York, or the Golden Gate Bridge for views of Alcatraz. You could pay around $200 to take the famous Sydney Harbour BridgeClimb, or simply walk across as a pedestrian for free and enjoy views of the world-famous harbor and Sydney Opera House. Bridges can be noisy if you hate the sound of traffic. But there are also famous pedestrian bridges, such as the Ponte Vecchio, a medieval enclosed bridge in Florence, and Paris’s Pont des Arts, famous for its nine elegant arches.

Walking alongside famous rivers also provides free access to world-class sights. Walk beside the Thames to see the Tower of London, Shakespeare’s Globe, the London Eye, and the Tate Modern. In Budapest, the Danube Promenade provides a panorama of the Buda Castle, the Citadel, and Gellert Hill.

Like most tourists, I was in awe when I first stepped into New York’s Grand Central Terminal. Moscow’s underground stations are so full of artwork and chandeliers that they look like extensions of the Hermitage. My local Southern Cross Station in Melbourne, with its wave-like roof, has been named one of the most incredible stations in the world. All of these stations are free to visit and sometimes part of the journey.

13. Check Out The Central Library

Libraries are where cities really start showing off. Check out the domed reading room at the State Library Victoria in Melbourne — the sight is jaw-dropping. Calgary‘s new Central Library has a light rail running through it. I loved the Seattle Central Library — it’s so futuristic, it looks like the mothership about to take off. Libraries are great places for travelers to recharge. So plug in your phone, take advantage of the free Wi-Fi, and take a load off.

They may sound glum, but government buildings with architectural merit are great attractions. I really enjoyed my guided tour of the architectural splendors of the British Columbia Parliament Buildings in Victoria. And the Utah State Capitol in Salt Lake City, with its Georgian marble, was brilliant. The Reichstag, home to Germany’s Parliament, has a roof terrace offering an incredible glass dome and a 360-degree view of Berlin, plus a free audio guide explaining the sights.

15. Participate In A Festival

Planning your trip to coincide with a major festival means you’ll have access to lots of free events, including parades and performances. Plus, you’ll see the city and its citizens at their liveliest. Whether you’re headed to Mexico City for the Day of the Dead, New Orleans for Mardi Gras, or Edinburgh for the Free Fringe Festival, you’ll need to plan well in advance to find reasonably priced accommodations.

When you look for things to do on tourist sites, you pay tourist prices. Instead, search where the locals do: Meetup, Eventbrite, Facebook Events, and sites like Time Out (now in 100 cities). You’ll find gallery shows, live music, lectures, cooking classes, and more. I booked a talk on the history of Paris’s famous restaurants. The talk was brilliant, the people were warm and welcoming, and — not surprisingly, given the topic — the supper was magnifique.

Industry-related tours are often overlooked as travel attractions, but they provide memorable experiences for low prices. Take a tour of the BMW Group Plant in Berlin, the Ben & Jerry’s Factory in Vermont (with free samples), the Golden Gate Fortune Cookie Factory in San Francisco, the Kennecott Copper Mine in Utah (so large you can see it from space), or the Tabasco Factory on Avery Island. For other ideas, visit Factory Tours USA.

Call me creepy, but some cemeteries are historic and beautiful places to visit. At the Hollywood Forever Cemetery, you can pay your respects to greats like Rudolph Valentino, Judy Garland, and Cecil B. DeMille. In Paris, Pere-Lachaise is the final resting place of notables like Chopin, Isadora Duncan, and Oscar Wilde.

It might sound like my name is Penny Pincher, but I do splurge for certain experiences like an expensive cocktail if it means the city’s best view, or a night in a historic hotel if I have always wanted to stay there. But if you want to travel longer and more often, it pays to stretch your travel budget as far as it can go.

Tips Every Backpacker Going To Europe Needs To Remember 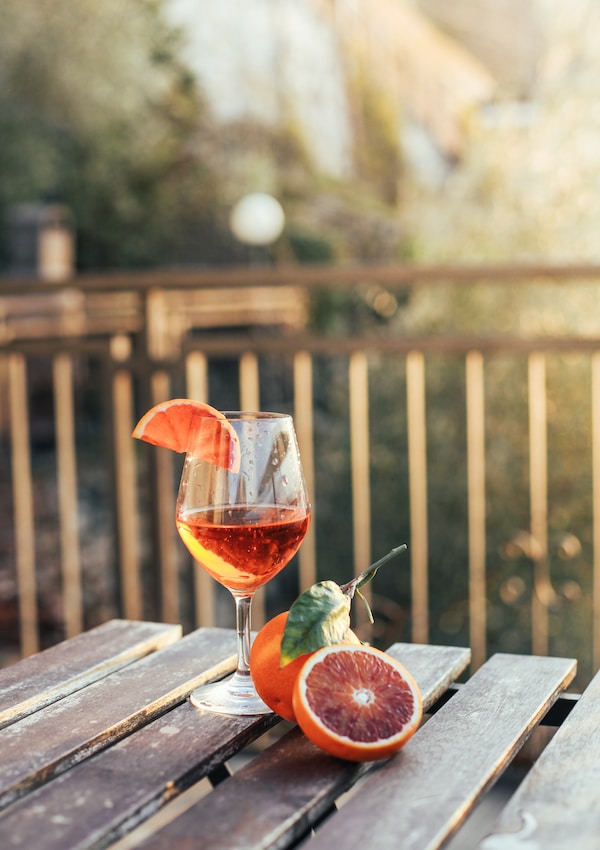 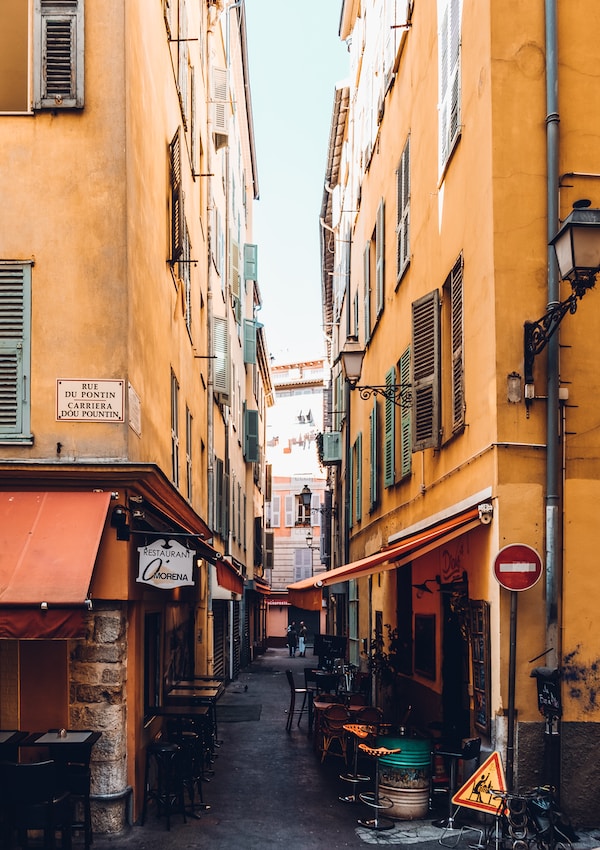 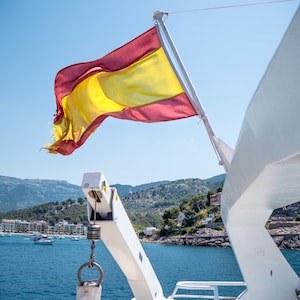