Learning another foreign language which is widely used on more than one country helps increase a person’s full career potential and social development.

It’s also a great advantage to learn speaking another language as a second (or third) since this attracts career prospects on foreign lands not only in Germany but other countries as well such as Belgium, Switzerland and others.

The United States of America alone has many citizens which originally speaks the German language since it’s also where most of the families have come from. The German language in the U.S falls third from the widely spoken language after Spanish and French.

If traveling is one of your hobbies, there’s a high chance of traveling to German speaking countries and one of the things about countries speaking on their own tongue is that citizens of these countries appreciate it more if you know how to exert effort in saying at least a basic German greeting or asking something the German way.

Once you’ve warmed up your basic knowledge of the language no matter how inarticulate you are; the locals just love to hear a foreigner strike a conversation using the local language of the place. Usually, when you’ve done the initial (and difficult part in talking to a local), they’d be appreciative enough to talk to you using your own language.

It’s the effort that counts so it’s always useful to prep yourself even with just a small set of grammar and vocabulary of the language.

Of course, you can still travel to Germany even when you didn’t know any German sentence. Immersion is still the best way to go to learn how to say the things you want to say in the most local way.

The good thing about it is the first-hand experience you get from local Germans and if you have second thoughts before saying a German sentence, you can easily ask a German friend standing by and save yourself from embarrassment.

Don’t get me wrong, mistakes happen in learning another language and strange as it may seem, it’s one good way also how to learn a foreign language. Learn from your mistakes and move on. 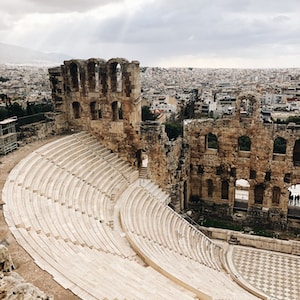 Travel to Greece: Start Your Journey from Athens