Lisbon, Portugal and its history have been written about on so many pages, its monuments have been described in many different ways so that it gives you the feeling that time has never passed. Not only because its architecture has been kept intact even though it was terribly hit by an earthquake in 1755, but also because the people themselves are patient and not in a hurry.

On flying into the airport and getting comfortably installed in your hotel, pull out your easy readable map and begin at the Plaza do Comercio, on the River Tagus.

From there, you can go towards the water and the port or into the city to visit the austere church and the history opening up before your eyes. So now it is about time that someone gave curious knowledge seekers a curious view of Lisbon.

Everywhere you go, you are surrounded by music. In the streets, you can hear the music from the birds, when shopping the piped-in music accompanies you, so why not delve into the music which is so typical of Portugal and in particular, Lisbon with the Fado.

Fado, which means destiny, is thought to have come from the nostalgic ballads sung on long journeys or from the Lundum songs of the black slaves from Brazil.

It was usually sung in brothels or not very recommendable pubs because its lyrics talked about inner forbidden passions. But thanks to Amalia Rodrigues, who has been compared to such well-known singers like Ella Fitzgerald or Edith Piaf, the Fado has become internationally known.

Amalia used poems from the greatest Portuguese poets, starting from the anthology of medieval music up to now, wearing the classical dress and black shawl to add the finishing touch.

The Fado, initially accompanied by the classical guitar and by the twelve-string lute and sometimes by the saxophone, is an intense sound with so much feeling behind it. Who would pass up the opportunity to spend a night lit by candlelight, soaking up history through music?

And one may ask themselves, how do we know where to go to listen to the best of Fado? In Lisbon, there are quite a lot of places.

Go to the tourism office and get a good street map of Lisbon. Then start with The House of Fado and Guitar, a sort of mini-museum, so you can read the history and come into contact with it for the first time. It is found in one of the most typical neighbourhoods called Alfama.

There, in Alfama, if you just roam about the streets after dinner, the sound will reach your ears without you even having to go look foot it. Or even better, visit the house where Amalia Rodrigues lived and discover her dresses and jewellery.

Or head to the Neighbourhood da Mouraria, old Moorish area of Lisbon and the cradle of Severa, the first mythical Fado singer. And before you go sightseeing in other parts of Portugal like Porto, Fatima, Faro or Albufeira, go into a record shop and nosey around looking for the latest Fado singer such as Camané or Misia.

After this enriching experience, start out from Lisbon, to sightsee its surrounding towns. You hit on the River Duero and the city of Porto or sometimes called Oporto.

This zone and the Mino River Valley are the most fertile vineyards where the renown Oporto wine is produced. From spring until the fall, when the grapes are collected, the landscape is like a canvas painting done in all the hues of green imaginable.

Whatever the weather may be at the time of your visit, a few tours to the wine cellars with a sample taste of the most distinctive wines are well welcomed.

And if you are fortunate enough for a visit to The Azores Islands or to Madeira, do the same and try their delicious wine. From the 16th century, sailors had used these islands as a resting place on their long journeys.

During their stay, they, of course, enjoyed the local wine, almost freshly squeezed. So when they set sail, they loaded up with wine but realized that the wine had a better flavour after having been through warmer weather and this heating process has added greatly to the whole complicated process in producing what is called vintage wine.

So other than monuments, you can see that a good glass of wine and Fado music can make your trip to Lisbon a memorable one. 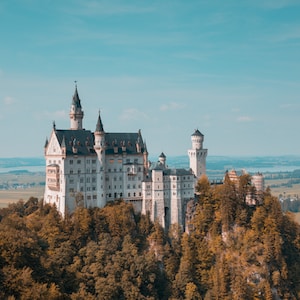 Travel And… Make Mistakes In Germany?!