Paris is one of the most beautiful cities in the world, and has a well-deserved reputation to be a cultural icon of Europe. Getting around in Paris is easy, but driving is not the recommended way to see this beautiful city.

For the tourist, walking may be one of the best ways to see the city because you’ll have the opportunity to really savor the full ambience of Parisian streets, shops, neighborhoods and magnificent historical buildings and museums.

Public transportation is readily available. For instance, there is the metro, busses, and commuter trains. There are passes available to make this an affordable and convenient option. Paris also has a fleet of taxis, riverboats, and bicycle and rollerblade rentals.

Another thing to keep in mind about Paris, as a tourist, is that Paris is divided into districts called Arrondissement; there are twenty in total. This is significant because directions, guides and general tourist information will use these district identifiers for directions.

For instance, the Louvre is in the first district closest to the centre of the city. Every district has characteristics that are distinct and represent the diversity and variety that this famous city provides. In addition, The Seine also serves as a geographical division as well, with everything to the north of the river being The Right bank and the to the south; the Left Bank. The two regions also have distinct flavour and features.

One of the most wonderful aspects of Paris is the cornucopia of museums. For example, the Louvre that was opened in 1793 has over 300,000 exhibits and is located at 99 Rue de Rivoli. Also located on Rue de Rivoli is the Musée des Arts Decoratifs. Another interesting and lovely museum is the Musée Marmottan, which is rarely crowded and features masterful works of art, this gem is located 2 rue Louis Boilly.

Paris is also home of some of the most significant historical buildings in the world including Notre-Dame Cathedral, and Sainte-Chapelle. Other great points of interest include the Eiffel Tower, Place de la Concorde, and Sacreí-Cour, a Parisian Landmark since the 19th century.

Paris is packed with interesting and stimulating places. It has for years been like a magnet to artisans, writers and great thinkers. There are boutiques, bakeries and picturesque cafes; this is the destination of lovers of art and culture. There is something to do every moment of your trip, but be sure to relax and enjoy the ambience of this historical and charming city.

Top things to do in Paris 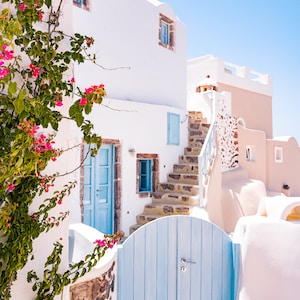 Tips for People Travelling to Greece