Greece is situated in South-eastern Europe, positioned on the southern end of the Balkan Peninsula. The country lies at the meeting point of Europe, Asia and Africa. It is heir to the heritage of ancient Greece, the Roman and Byzantine Empire, and nearly four centuries of Ottoman rule.

Greece is considered as the birthplace of democracy, Western philosophical thought, the Olympic Games, Western literature, political science, major scientific and mathematic principles, and Western theatrical drama including both tragedy and comedy.

It is a country of beautiful contradictions, a constant journey in time, from the present to the past and back again. Walk through the olive groves, through ancient sites. Move to clusters of sparsely inhabited islands. Roam from the beaches to rocky mountainous terrains and explore the breathtaking scenery.

In Greece, you are standing at crossroads of cultures, colours and civilizations; you feel the grandeur of history and the warmth of being at the southernmost part of Europe. You can discover the evolving process of thought, influence and experience.

A country with a uniquely affluent historical past, inhabited by people who gaze confidently and optimistically into their future. A country that although statistically small, is huge in its diversity. A landscape that has given us thousands of postcards images but remains incredibly vibrant and impossible to capture. A destination in which, each visitor can find his own special place in which to leave the body and mind to marvel. Greece is a country of beautiful contradictions, a constant journey in time, from the present to the past and back again.

In Greece, the mixture of images becomes more than just imagination and turns into reality. Greece has a particularly long and eventful history with a diverse cultural heritage that both shaped and has been shaped by cultures throughout the Middle East, North Africa and Europe.

Through this vastness of historical peculiarities raises a significant symbol in which the country’s identity gets captured, the Acropolis of Athens. The greatest and finest sanctuary of both modern and ancient Athens, dedicated primarily to its patron, the goddess Athena, dominates the city’s centre.

The Acropolis‘ significance is captured through its position as a democratic emblem. The Acropolis is the one historical site you can’t miss. A place on which democratic foundations were formulated and implemented, while surrounded by critical philosophical thought, the Acropolis is considered to be a cornerstone in the emergence of Western civilization.

When visiting the Acropolis, sightseers informed of its history will feel as captivated as if they were the first to discover the “Holy Grail”. While on the Acropolis you are left to admire the beautiful city of Athens in all of its glory, your mind can wander back in time and you can imagine yourself as living as the ancient Athenians did.

Being a part of something so important, even if for a brief afternoon, is definitely worth pursuing. Greece should be considered as a travel destination for everyone. You can learn from travelling to Greece to this Mediterranean country. The history, the people, the ideas and everything Greek culture stands for, will definitely change your perspective on life.

Top things to do in Greece 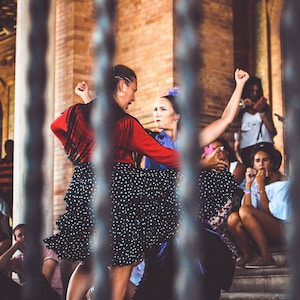