It is nearly impossible to comprehend the magnificently eclectic and robust concoction that has become today’s Grecian society without exploring the region first-hand.

The first traces of a city-state on Crete date back to the Neolithic Period, beginning in 6000 B.C. Minoan and Mycenaean Kingdoms were followed by the Dorian invasions and the Dark Ages. From 500 to 146 B.C., Greece enjoyed its most prosperous and well-known Classical and Hellenistic Periods during which Plato, Socrates and Democracy thrived and the Parthenon and Acropolis were built in Athens.

Roman annexation followed and can be seen in the transitional art and architecture, along with the blending of mythologies. Greece was overrun by Byzantines and Turks throughout the modern era and a cultural revival and War of Independence in 1821 sparked the reunification and appreciation of Greek culture that is still miraculously thriving today.

Aside from major attractions like the Parthenon, Greece provides a plethora of other sites and activities unique to the nation’s cultural heritage.

For a spiritual experience, visit the town of Meteora in the northern Thessaly region. These spectacular cliff-top monasteries were originally reached by curiously placed ladders and ropes.

Today people can reach the sky-high pinnacles by climbing the etched stone stairs or by the growing popular sport of rock climbing. You can also get close to the gods, as the Greeks put it, by visiting the archaeological wonder at Delphi, considered to be the centre of the known world by Ancient Greeks.

Nafplio, the former capital of Greece, is also a wondrous and enlightening adventure. Centuries of history decorate and surround the city. Close by is the ancient Mycenae civilization and the famous theatre at Epidaurus.

There are nearly 1400 Greek islands to explore. Much of Grecian history is based upon the maritime and merchant centres of the seven island clusters. Homer’s Iliad and Odyssey venture through beaches and ports you can visit today.

Crete and Santorini, with its volcanic caldera, are by far the most popular destinations. Make a stop on the notorious party island of Mykonos, part of the Cyclades Greek Islands, to party, dance and drink in a fashion that would make Dionysus proud. Relax in the lush greenery and white sand of the Ionian Islands, which emanate a more European feel.

Every island region has something unique and intriguing to offer, so don’t be afraid to leave this part of your itinerary open for exploration!

Greece is bursting at the seams with history, culture, food and wine. Every corner of this ancient nation is abundant with once-in-a-lifetime escapades. This is a trip you do not need to structure too much to feel completely immersed in Greek life. Although, it is wise to remember that the summer months of July and August attract hoards of people making accommodations hard to come by and can also be uncomfortably hot.

Enjoy a more pleasant and relaxed journey in May and June or at the end of the summer peak season.

For more information on travel to Greece and other regions in Europe, and discount airfare to Greece, visit www.cfares.com. 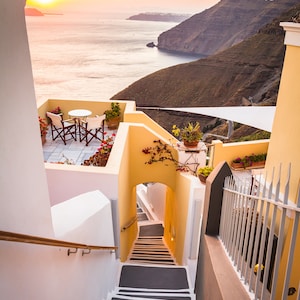 Travel to Greece: The Greek Experience