If you want to experience Europe, you need to travel to Italy. No other country on earth offers the depth, breadth, and scope of Italy.

For lovers of art, history, architecture, or music Italy is unsurpassable. From the Ancient Roman Empire to the Medieval Tuscan fortress towns and the Venetian Republic, Italy’s incredible historical diversity has come together to produce a country so incredible, so remarkable, so beautiful as to leave the visitor with an unquenchable desire to return again and again.

The legacy of the Renaissance and its masterpieces of art, music, and architecture have left such a tangible mark on the Italian soul one can barely help being swept along in the tide of culture.

If you’re a lover of nature, there are majestic mountains, crystal seas, rolling hills, fertile plains, sweeping cliffs, and magical lagoons, you need to travel to Italy.

Travel to Italy – The Cities to See

Milan is rivalled only by Paris as the fashion capital of the world and is shopping at its best.

Rome has been the heart of Italy from the time of the Romans through today; to walk its streets is to walk in the footsteps of Emperors and Popes.

Florence is the birthplace of the Renaissance and its presence reverberates through the old cobbled streets and beautiful churches.

Venice – the most unique and romantic city in the world, stands timeless and beautiful in the midst of the Adriatic, a magnificent creation highlighting man at his most artistic.

Finally the majestic and striking natural beauty of the Amalfi Coast, a place to relax, soak in the tremendous natural beauty, dine on the world’s favourite cuisine at its finest, and experience that special joy of being that is uniquely Italian.

No matter what you’re seeking, it awaits you when you travel to Italy and visit its cities.

When you travel to Italy, it’s important to know that despite its geographical position at the centre of the temperate zone, Italy has rather variable climatic characteristics. This is due to the presence of the Mediterranean, whose warm waters mitigate thermal extremes, and the Alpine arc, which forms a barrier against the cold north winds.

Furthermore, when you travel to Italy, remember that Italy is subject to both wet and moderate atmospheric currents from the Atlantic Ocean and dry and cold ones from Eastern Europe.

The Apennine chain too, confronting the wet winds from the Tyrrhenian, causes considerable climatic differences between the opposite sides of the peninsula.

The differences in temperature between the winter and summer months are more marked in the northern regions than in the south and along the coasts. The mean temperatures for the month of January in the Po Plain fluctuate around zero, while in the Alpine valleys the thermometer can drop to -20ºC and snow can remain on the ground for many weeks.

In the southern regions, instead, the mean temperatures for January remain around 10ºC, with the exception of the inland mountainous zones. Mean summer temperatures throughout all Italy rise to 24ºC-25ºC for July, only being lower in the highest zones.

The plains, however, including that of the Po, receive scarce precipitation. Generally, it is less than 800-900 mm pa but in the southern regions (Tavoliere and southern Sicily) it falls below 600 mm pa.

So as you can see, when you travel to Italy, there is much to experience. The culture, history, and beauty of Italy make Italy a top European travel destination. 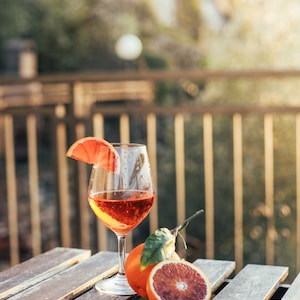