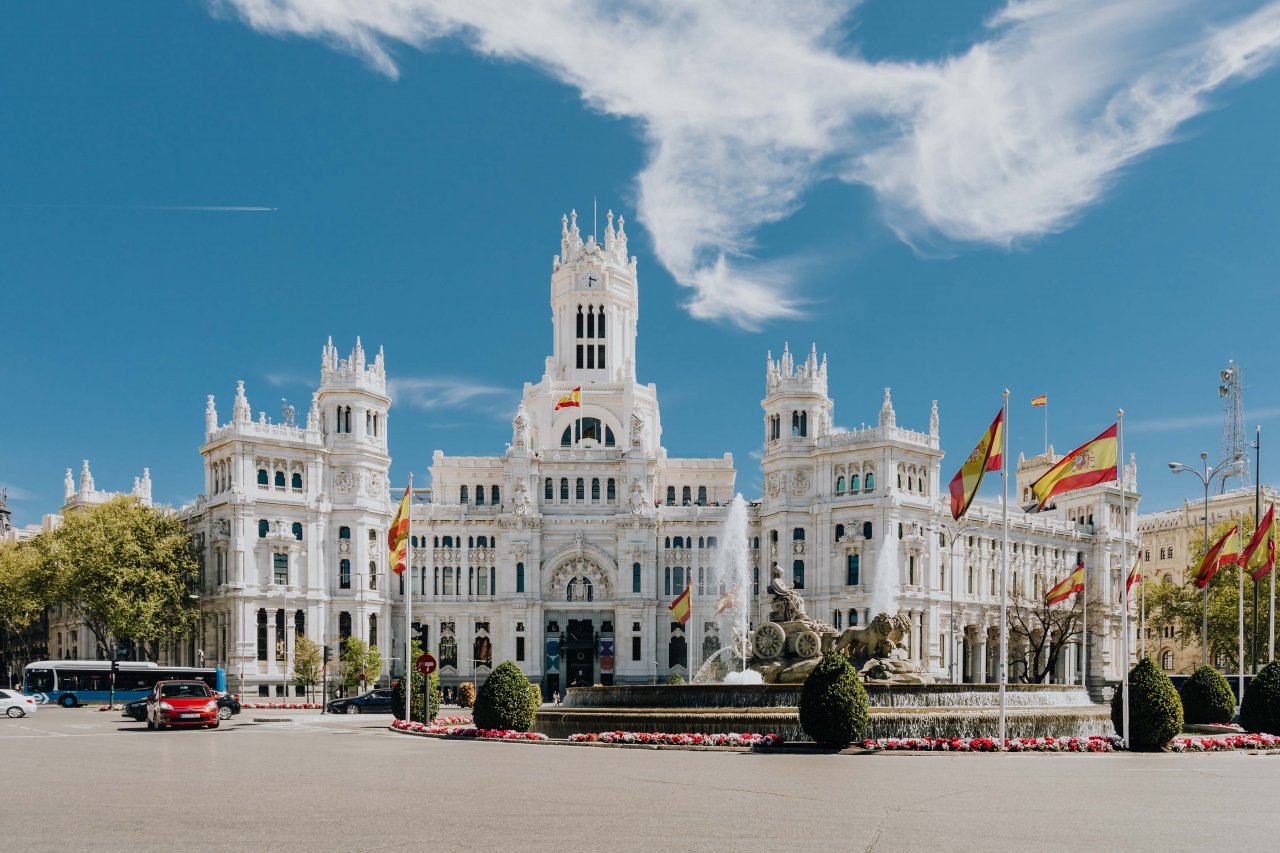 First of all, keep in mind that Spain is not one but so many places, climates, cultures, languages, etc. First, you should decide what type of traveling you want: big cities, the country, historical towns, catholic experience, mountains, snow, coast, partying or museums. Then, you should check the best time of year to come depending on what you want.

Madrid is a good base for travelling through Spain cause it is near its geometrical centre and is very well connected by car, bus, train and plane.

Madrid has three of the world’s most important painting museums — El Prado, Reina Sofa, and Thyssen — among other ones. If you want to see the most famous Spanish paintings all in one place, Madrid is definitely your city.

Besides that, Madrid is a very cosmopolitan place with fantastic food and nightlife. Many people come here to learn Spanish because it is considered the most neutral form of the language.

It is hard to make detailed suggestions for these places because they are full of them and you should already have some idea of what you want to see in each one, but they are all worth a visit.

If you are interested in mountain sports or landscapes, Madrid has the sierra nearby where you can go skiing (Navacerrada, Valdesqui), trekking, climbing, etc. For a catholic experience, you can’t miss El Valle de Los Caídos – Valley of the Fallen – one of Spain’s most important religious places. You can also make a day trip to Toledo from Madrid.

Barcelona is one of the most cosmopolitan and touristic cities in Europe. Nevertheless, it’s a must if you are visiting Spain. Its architecture, especially Antoni Gaudí’s, is world-famous, its beach (4 km long), its food and its atmosphere in general.

Some of the places you can’t miss are: La Pedrera, Casa Batlló, Park Güell, Sagrada Familia and of course, the Ramblas.

Suppose you want to visit some other places near Barcelona. In that case, I can recommend Sitges (it has a lot of beaches), Montserrat (a mountain with a famous monastery on the top) and Girona (it’s a beautiful medieval city).

Barcelona is well-connected with the rest of Spain by train, so it’s easy to go from there to Madrid, Valencia, Seville…

Car Rental in Spain & Other Places to Visit

I suggest you visit Andalucia in the south of Spain if you have time. Seville, Córdoba and Granada are beautiful cities with unique architecture, food and atmosphere.

The rest of Andalucia is plenty of extraordinary places in villages, small towns and the countryside. A car is the best way to move around and visit different places in a relatively short amount of time. The train network in Spain is also outstanding, so that’s another option if you don’t want to drive.

Another route can be the university cities — Old beautiful cities with great importance in their economies, which implies young cities full of activities, nightlife and cultural offers. Valencia, Bilbao, Pamplona, Santiago de Compostela, Oviedo, Salamanca, Málaga and of course Madrid and Barcelona are cities you shouldn’t miss.

And if you want to go to the beach, Spain has 8.000 kilometers of coastline so it won’t be challenging to find good beaches! The most touristic coastline is probably the Costa Brava and the Costa del Sol, but if you want to see some peace go to the Canary Islands or Formentera.

When it comes to Spanish food, there are a few dishes that you simply have to try. Here are some of the most popular and iconic dishes from Spain that you won’t want to miss out on:

While these are some of the most popular and iconic dishes from Spain, there are many other delicious options. Spain is a country with a rich and diverse culture. There is so much to see and do, and the food is just one of the many things that make this country so unique. Try some of these iconic dishes while you’re in Spain – you won’t regret it!