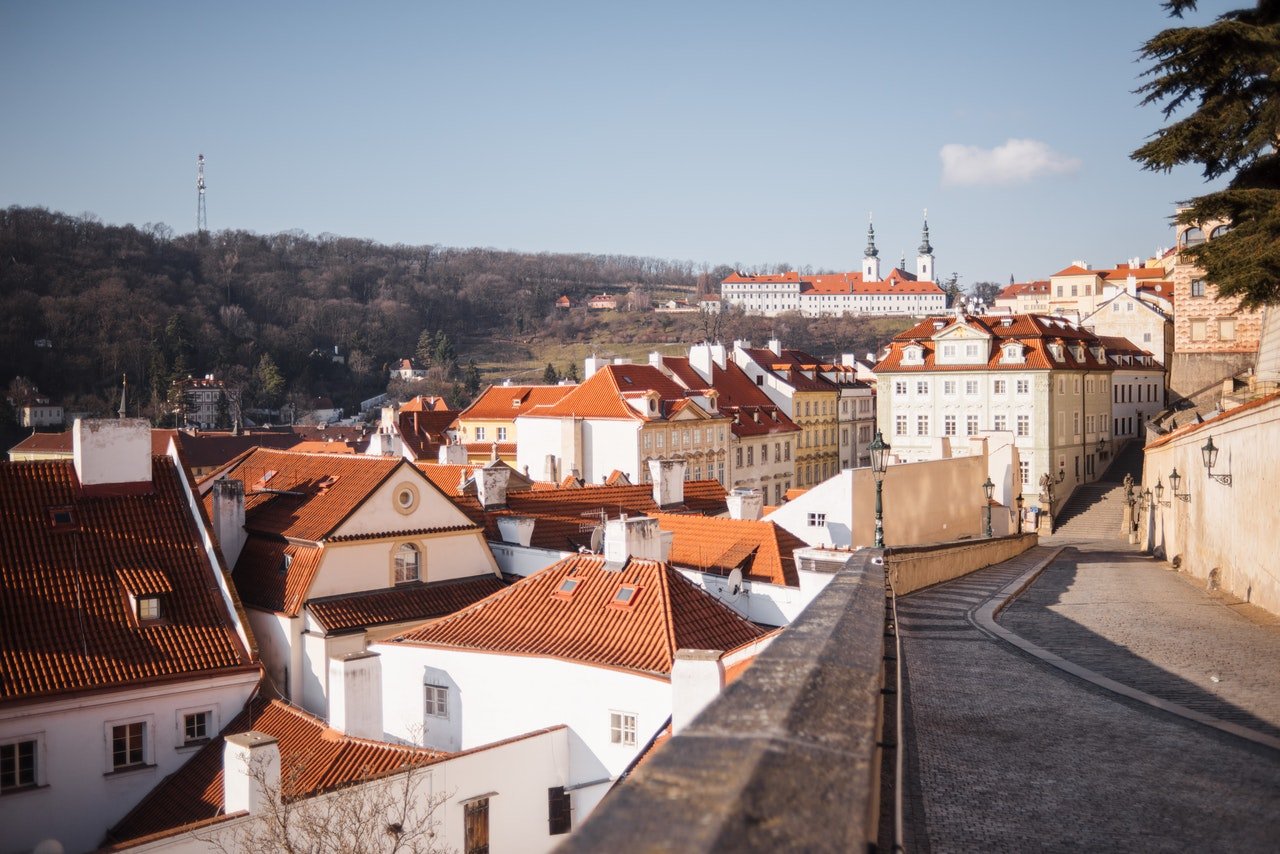 Free walking tour – the three magic words that make you want to grasp one right after finishing all your other important bookings for a trip. That was also what I exactly did when I travelled to Prague.

NB: This post has affiliate links. I may receive a small commission at no extra cost if you purchase through my links.

I spent three days in Prague and had my second day, a free walking tour from this operator.

10 a.m. we met at Old Town Square. Some groups were waiting for other group members, and there were different groups in different languages.

Mine was the English one, including me – a Vietnamese traveller living in Norway, two students from Turkey, a couple from Brazil, a Canadian couple, an Estonian girl, and an Aussie guy. Plus the guide.

We started at around quarter past, starting from the Astrological Clock, Týn Church, strolling around the old town.

At noon, we had lunch at an obvious-tourist-trap restaurant in the Old Town, then went down to Josefov (the Jewish Quarter) and round (sorry, it was almost six months ago). After walking for about 4 hours on cobbled streets, we stopped near the castle.

And I am so sorry to say that it was the most boring day I’ve ever spent in Czech!

The guide was very nice and friendly. But he speaks English very fast. By “fast,” I mean ridiculously fast, with a strong Eastern European accent, making it difficult for me – a non-native speaker – to follow.

And as you can imagine, there were many people there at the same time, many tourists traveling in groups, and hundreds of tour guides using loudspeakers while explaining things! I failed to listen to him, let alone understand what he said.

Now comes the most interesting part: the tip!

I understand that even though they claim it is a “free walking tour,” it’s nice of us to give the guide some tips, at least enough for a typical lunch. But as tips are something people do willingly, I personally don’t think it’s a good idea to ask for a certain amount of money that you wish.

The Brazilian couple started first, giving him 100 CZK. He looked at them, hesitated a little, and said: “Thank you, it’s very nice of you, but since you are a couple, I expect you to give me 200 CZK!”

I was speechless. I planned to give him 100CZK, but then I didn’t want to.

Don’t get me wrong. I’m not any desperately frugal traveller. And I don’t mean to be rude, but to clarify, 100 CZK cost me a bottle of water in Norway, or almost 4€, which was not a big deal. The thing that mattered was not the money then.

He turned to me with a friendly smile and was ready to get the tip. Instead, I chose to shake his hand, said thank you for the tour, and wished him the best.

There were an awkward pause and a strange look in his eyes, but that was all I could do and already did in this situation.

The tour was excellent, and it helped me feel the city a little more than just following my plan and the information I downloaded.

I would recommend taking a free walking tour in Prague if you:

I think about the tip, well, it’s a matter of personal ethics.

But at least after reading this article, you know what to expect when taking a free walking tour in Prague!

After this tour in Prague, I did take another one in Amsterdam in November 2017 and ended up realising tip is a real thing in this industry. In fact, it’s the guides’ primary income!

I’m not against free walking tours (which turn out to… NOT be free), but for me now, many factors may affect my choice of tour.

I will consider a tour wasted, even if it costs me peanuts if I cannot learn anything from it or enjoy the tour itself, and the whole thing is just a waste of time and energy. Sadly, I have such experiences.

Anyway, in case you’re planning for your trip to Prague and have read this post and thought about what you should do instead, here are some alternatives:

I hope you’ll make the most of your time in Prague!